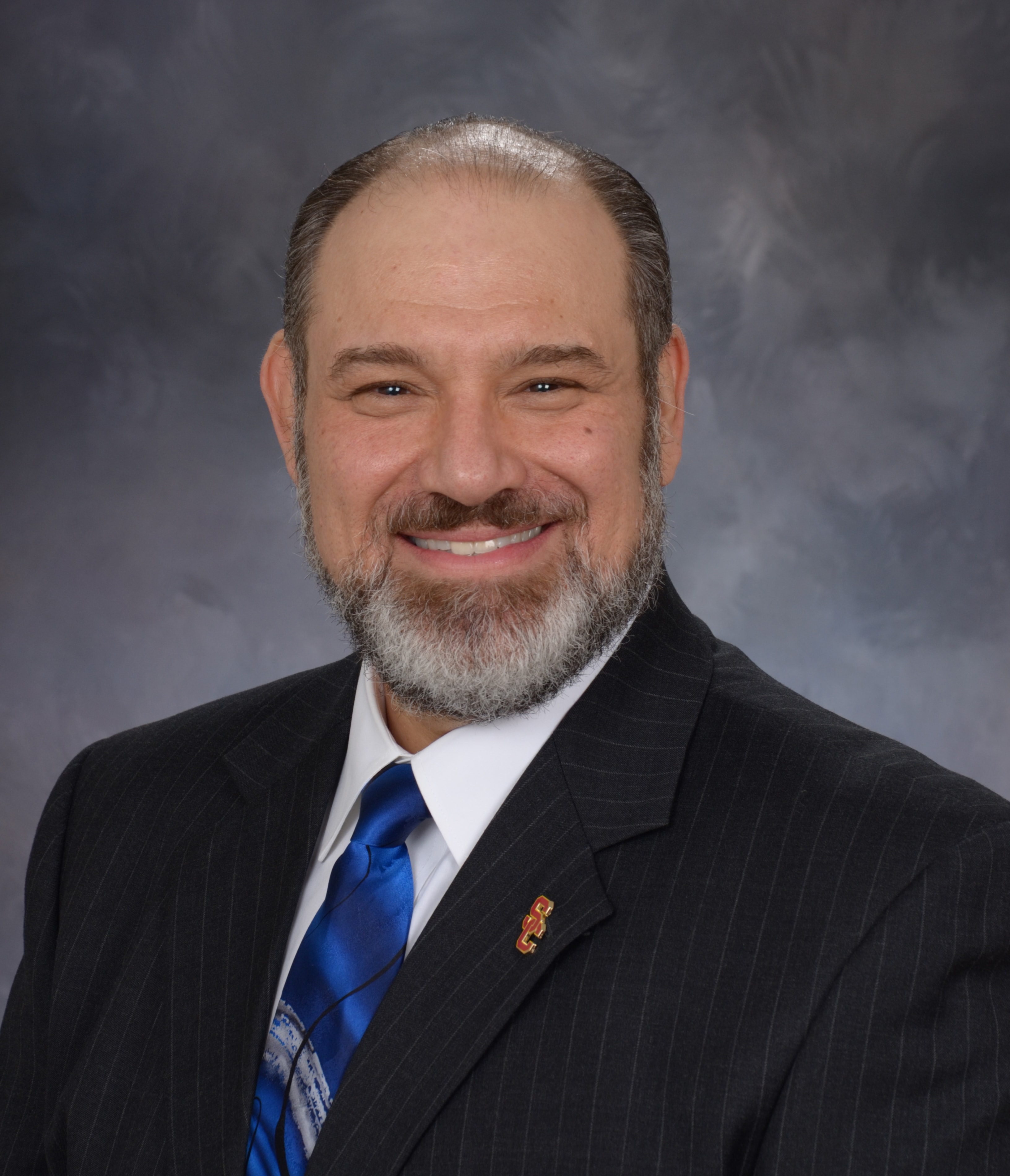 Life itself is a grand journey comprised of many detours and excursions, some of which have no ultimate destination.  Several of these trips are short-lived, while others are long-term.  Some begin and never end, while others conclude with finality.  For a few of these voyages, we are simply along for the ride and have little input into either the charted course or ultimate destination.  This is especially true during our formative years when major decisions are often made for us by others.  As we grow and mature, we build upon what we have learned gaining wisdom and self-sufficiency along the way.  These greater degrees of freedom coupled with newfound knowledge, skills, and abilities allow us to make pivotal changes in navigation during our trips, many of which generate opportunities.  These opportunities when recognized and handled effectively can yield course-altering dividends.

As our progressive experience mounts, we reach the point where we can serve as navigator, pilot, and even tour guide in life’s evermore-complex missions.  To ensure success, one must possess motivation, determination, and commitment in abundance.  One must have the drive and tenacity of a marathon runner, as some missions can last a lifetime.  Finally, effective time management skills are essential if one is to complete multiple endeavor simultaneously.

In 2003, I made a strategic decision to leave the private sector workforce and join a medium-sized municipal government agency as a mid-level information technology manager.  Leveraging my broad academic and professional background in computer science, project management, systems analysis, and business process improvement that bridged numerous industries, I quickly found that my critical thinking skills, out-of-the box creativity, and interpersonal skills were of value in the public sector.  These traits proved their worth when I was tasked with assembling highly competent teams, dissecting vital issues, and implementing effective solutions.

After only two years, in 2005, the Inglewood City Council appointed me to head the Information Technology and Communications (ITC) Department.  As a director, I was required to interface with virtually every other city department on an operational level.  As I began to learn more about their various business processes, I quickly recognized many areas that would benefit from the integration of emerging technologies.  Having been placed in a decision-making role coupled with having the confidence of the administration and the City Council, I was allowed considerable latitude in shaping the City’s strategic vision.  Many of these ideas resulted in significant efficiencies, revenue enhancements, and cost savings throughout the City.

With less than two years as a department head, in 2007, I was appointed acting assistant city manager over the ITC, human resources, finance, parks and recreation, and library departments due to the unexpected resignation of my supervisor, who took a higher-level position at a neighboring jurisdiction.  Then with only three months of “acting” experience, and while still directly managing the ITC Department, the City Council decided to pick an outside candidate to permanently fill the city manager vacancy.  This decision came as a surprise to the internal candidate who had been an assistant city manager for eight years.  As such, he abruptly left, leaving no one but me—a fledgling department head—to take the helm for two months while we waited for the new city manager to relocate from the East Coast.  The City Council appointed me acting city manager.

For two months, I managed the entire City with no assistant city managers and continued responsibility for the ITC Department.  I was also focused on the City Council directive to spend as much time as possible getting the soon-to-arrive city manager up to speed.  In essence, I had to become an expert in every aspect of our municipal government in order to train the new leader who knew virtually nothing of the City of Inglewood, its operational characteristics, and the areas that needed immediate attention.

Some say it was trial by fire; it felt more like an immolation.  This was a challenge, and I embraced every ounce of it.  During this excursion, the City experienced the tragic loss of a parks and recreation employee—a tree trimmer—in a horrible industrial accident involving a woodchipper where he was completely consumed.  I will never forget personally visiting the deceased employee’s wife on the night of the accident, April 8, 2008, to deliver the dreadful news.  In retrospect, there is no decision I made related to the entire ordeal and its aftermath that I would change.  Each one, while carefully calculated, was made quickly and expertly, with no experience base to draw upon.  I simply relied upon my intuition (and compassion) when I was faced with making hundreds of critical decisions.

A professor once told me that we have the ability to design our future provided we always maintain a focus on what we truly want in life.  Clearly, we will make course corrections along the way based upon unforeseen obstacles and unexpected opportunities.  The key is making sure that the adjustments we make have value and help guide us toward the desired destination.  I  subscribe to the philosophy of leveraging both obstacles and opportunities, as the two are sometimes indistinguishable.

For many people, the ability to perform well at quantitative and qualitative analysis is dependent upon a multitude of interrelated factors, one of which is experience.  The more you practice, the more honed your skills become.  What may not be obvious, however, is the effect that is achieved when you mix multiple factors together.  As a student, math and science were always core tools in my analytical toolbox.  I am at my best when it comes to solving complex problems because of my experience with the scientific method.  As I advanced my education and combined it with real-world experience, I discovered that my ability to dissect complex, macro-level concepts was something that came easy to me.  I developed a reputation for applying emerging technology-based tools to solve problems.

After completing my undergraduate degree in computer science (with a minor in mathematics), I followed my instincts into more of a systems analyst and systems implementation role.  I entered graduate school to continue my study of computer science with a focus on software engineering.  This extensive technology-centric education, which revolved around creating functional specifications and detailed design documents, coupled with work experience as a technical writer, technical trainer, and sales engineer, created the perfect foundation for success.  I found myself able to bridge the gap between business process and technology quickly and expertly.  I became a business process automation expert, with an expertise in document imaging and information management.  This skill set proved to be industry-independent.  I became very knowledgeable in mortgage lending, financial services, the legal field, insurance, healthcare, and government.

As I gained more and more private sector experience leading large-scale, multi-million dollar projects, I decided to begin teaching undergraduate project management and systems implementation courses for the University of Phoenix as a part-time online faculty member.  I did this for three years (from 2003 until 2005) while working fulltime.  I always enjoyed collegiate teaching, as I taught upper- and lower-division computer science courses at California State University, Fullerton (CSUF) in 1993 and 1994.  I have been teaching a graduate-level professional ethics in software engineering course at CSUF since 2014.  I received my Project Management Professional (PMP®) certification in March of 2004, which served as the perfect capstone.

In 2008, I volunteered to take on the management of the City’s emergency preparedness and disaster planning initiatives as a collateral duty when I was formally promoted to deputy city manager even though I remained the acting assistant city manager.  Armed with more than a quarter of century of analytical skills and leadership experience, this challenging new arena gave me the opportunity to advance my skill set even further.  I created and led matrix-based project teams comprised of representatives from many departments, outside agencies, and private sector community partners.

As a lifelong learner, I have long had my sights on pursuing a doctoral degree.  The master’s degree in computer science I earned from CSUF in 1994 shaped me into who I am today, and it equipped me for the world of tomorrow.  The master’s degree in security studies (homeland defense and security) I earned in 2013 from the U.S. Naval Postgraduate School (NPS) refined me further and helped me determine who I wanted to become.  I am a problem solver at heart looking for problems to solve.  That is what drives me, and that is what keeps me motivated from both a personal and professional perspective.

After graduating from the Los Angeles Police Department Reserve Academy in June of 2014 and being sworn in as an Inglewood Reserve Police Officer, I began seriously considering options for a doctorate.  I am a hands-on person, and I pride myself on helping others.  My fifteen-year track record at Inglewood is an exemplar—I am an agent of change focused on the public sector through policy development and implementation with specialization in information technology and project management, human resources and labor relations, homeland security and law enforcement, and public sector finance and budgeting.

I retired from the City of Inglewood after 15¼ wonderful, challenging, and very rewarding years of service.  It was a bit premature, but sadly, on June 4, 2018, I lost my beloved wife, Janice, who courageously battled stage 4 metastatic breast cancer for 8½ years.  I took leave from the city to care for her in 2017, and her passing left me as the proverbial last man standing to take care of her aging parents.

Janice and I have a lovely and amazing daughter, Mikayla, who in June of 2019 (after barely turning 19 years old and having just lost her mother a year before) completed her undergraduate degree in psychology with a minor in cognitive science from UCLA. She is currently pursuing a master’s degree in marriage and family therapy from Chapman University, as she seeks to become a licensed marriage and family therapist (MFT) in 2023.

As with most significant issues I deal with, I analyze and critique myself often to prepare for future decisions and mitigate the potential for less-than-optimal results.  As I evaluate the list of my past accomplishments, it is easy to uncover the underlying theme.  I have achieved success in life, but more importantly I desire to help others succeed.  This fueled my desire to teach, and it maintained my efforts serving the wonderful Inglewood community.  I have the ability to adapt to rapidly changing environmental stimuli.  I am a quick study, and I have polished analytical skills.  I am creative and employ out-of-the-box problem-solving skills that lead to viable and worthwhile solutions.  I have assisted multiple departments (many of which I have no line authority over) with problem solving and solutions development.  I have heard that leadership can be defined by getting people to do what they do not want to do and like it.  I feel leadership is better defined by the ability to bring people together, focus them on the objectives to be accomplished, and then facilitate their success.